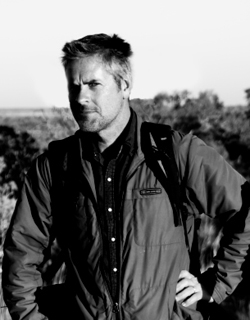 Michael first picked up a video camera in October 2007 after looking for a creative outlet other than shooting still images with his twin brother Christian. He needed his own identity and shooting landscape images in competition with Christian was not fulfilling a need to stand on his own two feet in the image making world.

He started out with the Canon XHA1 and added the Letus 35 extreme 35mm adapter to this, after watching guys like Philip Bloom on Exposure Room and later on Vimeo.
The Canon 5D mark II was a turning point for him, allowing the creative style formally only on offer to high-end cinematic cameras. Michael doesn’t profess to be a tech-savvy camera operator, he shoots what looks pleasing to his eye and does his best to cover poor shooting technique with soothing post-production.
He is excited to be new to the genre of image making. There are exciting times ahead and Michael is hoping to be right amongst the new technology, learning and improving as he goes.