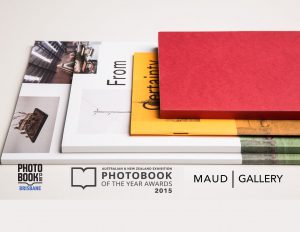 This special event brings together the very best of contemporary photobooks from Australia and New Zealand that have been awarded in the recent 2015 round of awards. The awards are sponsored by MOMENTO PRO and will feature 30 finalists in self-published and trade published categories as well as a number of the award winners from the last few years of the event.

For associated Photobook workshops by Cooper+Spowart, conducted at Maud Gallery during the exhibition,  CLICK HERE

There has been a significant rise in photo book production and activity in Australia since the country’s first dedicated festival, Photobook Melbourne, was hosted in February last year. The increased breadth and diversity of photo book creators, formats and content was reflected in the entries to the Australian Photobook of the Year Awards 2015, the winners of which were announced in late February. The Self Published winner was Red Herring, by 21-year old graduate Jordan Madge, while journalist Stephen Dupont won the Trade Published category with an epic collection of Afghanistan war photos published by German publisher, Steidl.

The Awards were open to Australian citizens, residents and companies, and they attracted 67 entries across the Trade Published and Self Published categories. Due to their niche audience appeal, it’s now rare for major publishers to take on a photography book and this was reflected with four times more entries from self-publishers and small independent presses than trade.

The judging panel included representatives from photography, publishing and art institutions, and was co-chaired by international art consultant and curator, Alasdair Foster, and Photobook Melbourne Director, Heidi Romano. The judges assessed the physical books for excellence in photography, layout and design, and the suitability of the format for the book’s theme and purpose, resulting in a selection of 14 finalist books.

The winners were announced at the Photobook Melbourne project space, Southbank, on 25 February. “Australian photographers are continuing to embrace the book format as a means for exploring, documenting and disseminating photography, just as locally created photography books and the artists behind them are being applauded internationally,” stated Foster. “Our finalists prove that a successful photo book does not require a major capital investment or an expensive publicity machine, but it does require a strong and engaging visual narrative in a sophisticated design, as well as genuine relationships within the photo book community.” 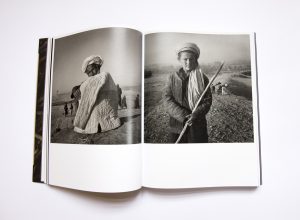 The winner of the Australian Photobook Of The Year 2015 – Trade Published Award was Generation AK: The Afghanistan Wars, 1993-2012 by Stephen Dupont, published by the renowned Gerhard Steidl. The judges described it as, “a collection of 20 years of photojournalistic work in a war zone – a document of great magnitude and substance. The photographs are forceful, and they’re woven into a design that’s sympathetic and doesn’t overwhelm the imagery.” Dupont won $1,000 cash and $2,000 in Momento Pro printing credit. He previously won the Award in 2012 with Stoned In Kabul, and was simultaneously announced as winner of the Pictures of the Year International (POYi) Photography Book Award in February. Fellow finalist, Sam Harris, was also acknowledged in the POYi Awards for his critically acclaimed book, The Middle Of Somewhere published last year by New York independent publisher, Ceiba Foto. 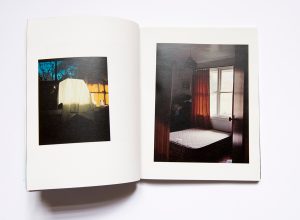 The winner of the Australian Photobook Of The Year 2015 – Self Published Award was Photographic Studies College graduate Jordan Madge, for his dummy book titled Red Herring. The judges said of the book: “You’re aware that a girl has disappeared but you have to piece the story together. Its open narrative captivates you and makes you want to read it again. The pairing of images, the use of colour with black and white, and the snippets of text create rhythm and build drama without shouting. The minimalist aesthetic and different paper textures also add to the mystery.” Madge won $2000 cash and $5000 Momento Pro credit that will allow him to produce a limited edition book to submit to influential critics and competitions, to share and sell his work beyond Australian shores, and propel his career. He is currently in Japan as an artist-in-residence.

LA-NY by Sam Wong and Jack Shelton and Your love is not safe with me by Ailsa Bowyer were commended in the Self Published category, while Warwick Baker’s Belanglo (published by Perimeter Editions) and Leila Jeffreys’ Birdland (published by Hachette) were commended in the Trade Published category. Details of all the finalists are available in Appendix A and B.

A finalist showcase is available at www.photobookoftheyear.com,au, and the books will be exhibited alongside the New Zealand Photobook Of The Year Awards 2015 finalists in Sydney, Brisbane, Perth, Wellington and Auckland from March to July. Momento Pro is also investigating opportunities to promote the work to international photography festivals later in the year via an Antipodean Photobook publication showcasing all the finalists as a collection.

The next round of Awards opens from 1 November 2016 until mid January 2017. Once again they will be co-hosted with festival partners Photobook Melbourne & Photobook New Zealand. 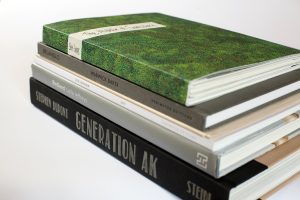 + The Middle of Somewhere by Sam Harris, Ceiba Foto 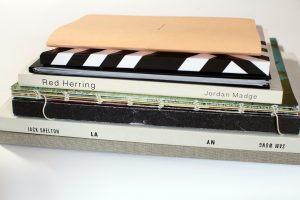 + Your love is not safe with me by Ailsa Bowyer – Commended

+ By the River by Ian Flanders

+ The Smell of Narenj by Hoda Afshar

+ The Moon Belongs to Everyone by Stacy Mehrfar