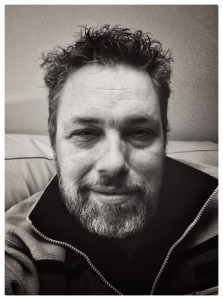 Jannick Clausen M.Photog AIPP – was born in Copenhagen, Denmark and moved to Australia with his parents as a teenager in 1986. Over the years there have been many trips between the two countries with the choice to finally settle in Australia permanently in 2004.

Growing up with a dad who is a keen photographer himself, the passion for photography was passed on at an early age. At high school Jannick majored in Arts, choosing Photography and Drawing as his main subjects. This is where he discovered his true love.

Jannick’s first job as a professional photographer was in Denmark in 2001 while working for a Paintball magazine called ‘PGI’ which involved traveling around Europe and the USA for tournaments. He achieved his first magazine cover in 2002 with many to follow.

Jannick moved back to Australia and continued to photograph for PGI magazine, National Drag racing magazine and worked as a commercial photographer, also shooting weddings and portraits.

For Jannick, joining the AIPP (Australian institute of professional photography) has been exceptionally rewarding, both professionally by entering state and national awards, volunteering and becoming an elected member of the council, as well as personally by developing networks and lifelong friendships.

This led Jannick to create his first exhibition ‘In Search of Patterns’ at the end of 2014.