Friday night February 14, get-together at The Bokeh Bar from 5pm

Julian Smith, surgeon and photographer, came to Australia with his family from England at the age of three. He was educated in Adelaide. Here, the future Nobel laureate Sir William Bragg tried to persuade him to take up a career in physics, but instead he entered the Medical School of the University of Adelaide. He finished his degree, at the top of his class, in Melbourne in 1899. He took up photography late in life, exhibiting locally and overseas, becoming an Honorary Fellow of the Royal Photographic Society, and gaining renown for his distinctive portraits.

In this installation, we have the privilege to view 20 masterpieces, carefully selected from the portfolio of Julian Smith’s reproductions, titled 50 Masterpieces of Photography, published in 1946. The folio is a beautiful collection of portraits that surveys the work of the respected surgeon and pioneering photographer in Australia. A collection of character studies and portraits of prominent civil servants and individuals, often based on characters from Dickens’ novels.

Dr.Julian Smith has been described by Dr. Lucraft as “having the same genius with which Charles Dickens was blessed. Dickens had the happy gift of painting for us, in words, and with a few deft touches, the familiar types of men and women among whom he lived and worked; and he showed them to us in such a way that their personality, their very essence, was immortalised for all time.
There are two reasons why all the images in this exhibition are portraits,” Dr Lucraft continues; “the first is that that was the age of specialism. If a man wishes to distinguish himself in any field of human endeavour, he is more or less compelled to specialize in one department of his subject. Knowledge has grown to such an extent that no one man can nowadays hope to achieve complete mastery of more that one corner of the vast field open to exploration. The second reason is that Julian Smith was a medical doctor and as a result, his main interest in life is his fellow man. What more natural, or inevitable, therefore, than that even in his hobby he should concentrate on portraying his fellow man and woman in such a way to show not merely their external characteristics, but just as Dickens did, something of the personality and spirit of the individual as well.” 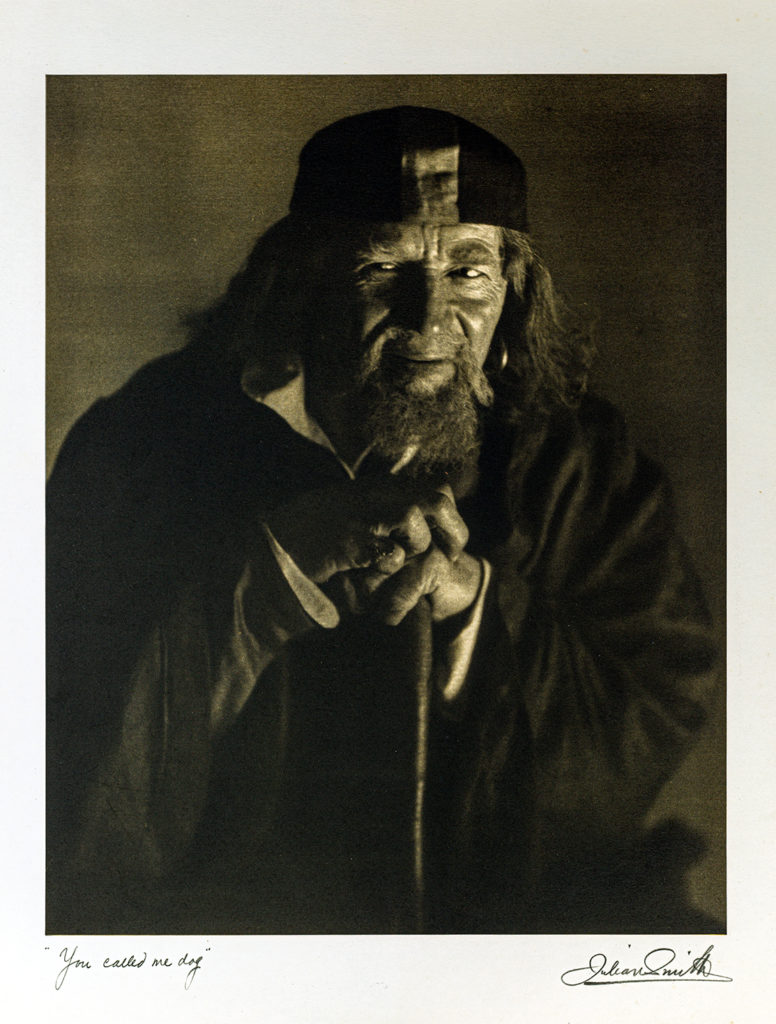